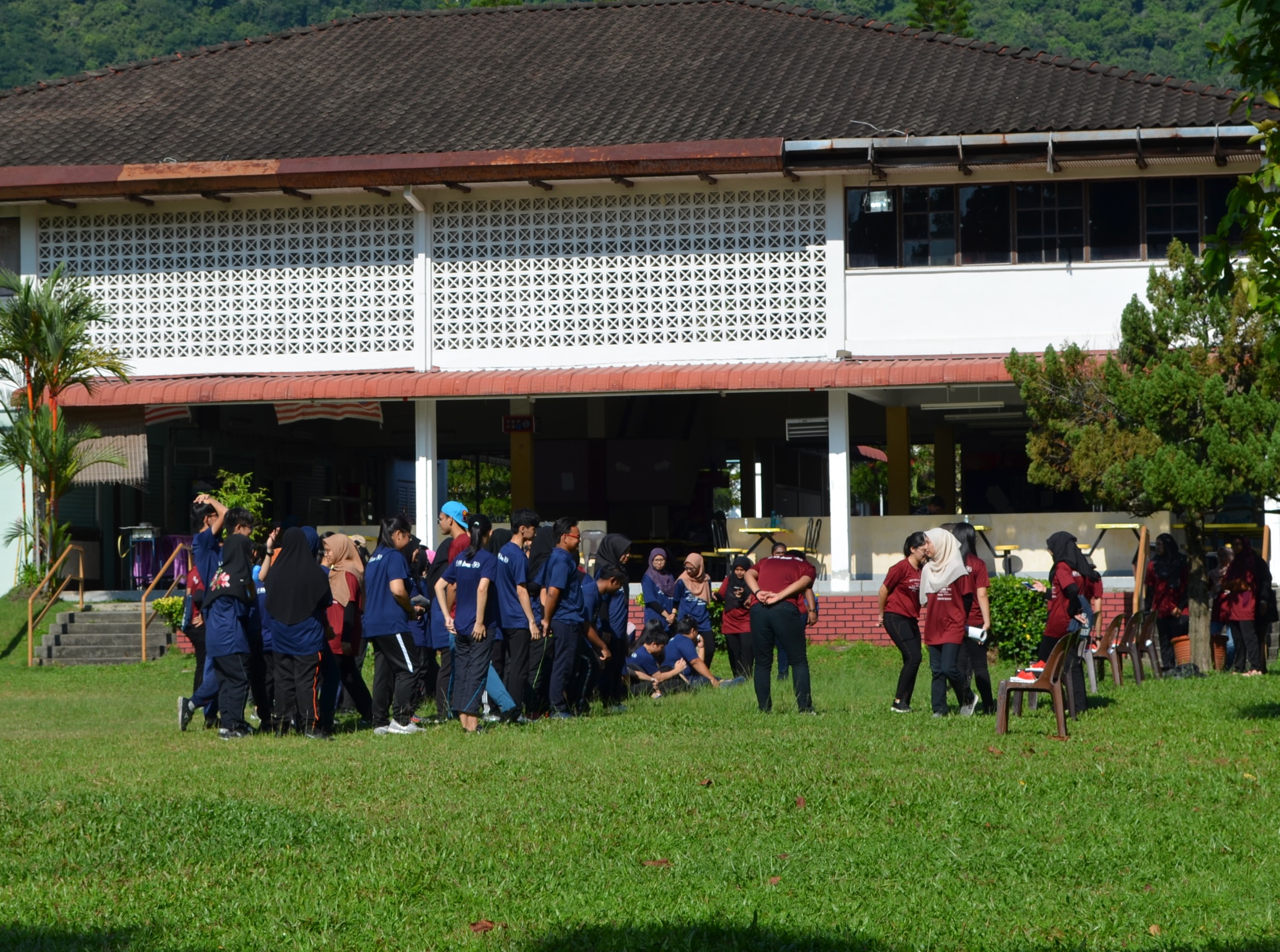 On 29 September 2019, an interaction day has been carried out and organized well by Industrial Technology society. The main purpose of this event is to get to know the first-year students better and to create a bond between the 4 division which are bioprocess technology, food technology, environmental technology and bio-resource, paper and coating technology. A total of 140 people participate in this programme including the committee members. During the interaction day, it has 6 games in total and the participants were distributed into 7 groups which consist of 14 people in a group. There were two locations where the games were held, which are Padang Aman and Tasik Aman. Both of these places located at Desasiswa Aman Damai. The first 3 games held at Padang Aman while another 3 at Tasik Aman. The games that were played are “pen dalam botol”, “baling tepung”, “baling belon”, “makan tembikai”, “baling span dalam baldi” and “makan biskut”. “Pen dalam botol” is a game where they need to put 4 pens in a bottle which link by a few rope. They need to come out with ideas on how they can put the pen in the bottle. “Baling tepung” basically is a game where they need to line up in a row and people in the front need to pass the flour by using hand without spill it. This concept also the same with “baling belon” game. Next is “makan tembikai” which is a very simple game where they need to eat a slice of watermelon by using their mouth while their hand were tied and “makan biskut” is a game where they need to eat the biscuit while the biscuit was put on their forehead, and they did not allow to use their hand. They need to use their faces to eat the biscuit. The last game is called as “baling span dalam baldi”. In this game, they need to pass the sponge and throw it in the bucket.

The event expected to start at 7 am but it starts a bit late around 8 am due to several technical reasons. It starts with an exercise to warm up after having breakfast. After that, the games started. The games finished at around 12 pm. After the game's end, they were let to rest for a while before the “special game” started. The special game is a game where they need to use their mouths to find dried fish inside a plate of flour. At first, they were hesitant to play but after some persuasion, they finally agreed to cooperate. As time passes, finally lunch hour. After lunch, the prize-giving ceremony was held. The prize was given to the best cheers that have been made of each group.

Overall for this event, the participants seem to enjoy every moment of it despite the hot weather during that day. Hopefully, this event will be a good memory for Industrial Technology society as well as for the juniors.